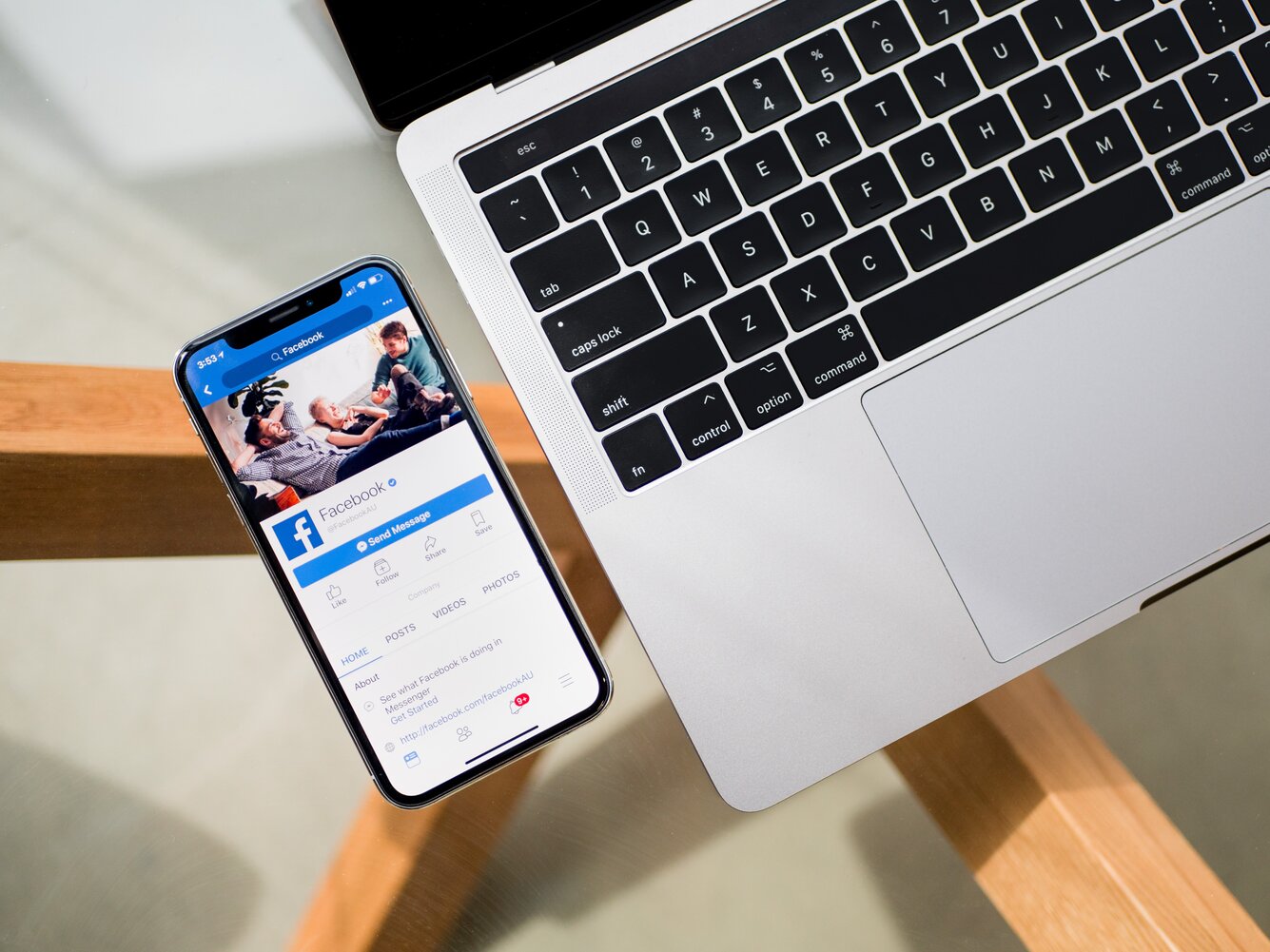 Facebook Shops: the giant of social networks to the conquest of e-commerce! 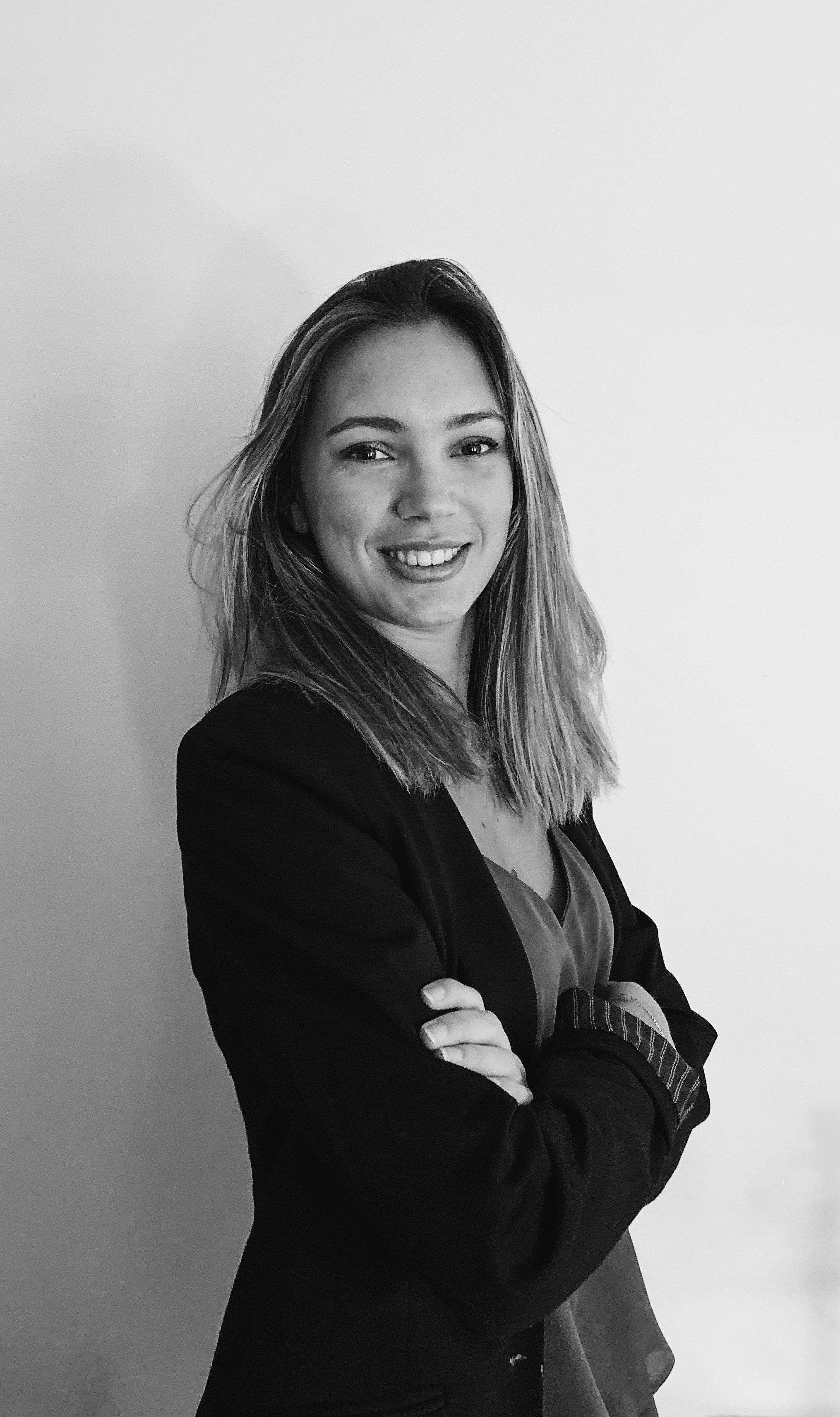 We turn your logistics into a growth lever

Our team of experts will be happy to answer all your questions.

The Facebook group found that, following the pandemic, nearly one third of small e-merchants in the United States have ceased their activity. With the physical closure of many businesses and a sudden surge in online purchases, Facebook decided to create a sales platform to help small businesses that have suffered from the imposed restrictions and that are struggling to recover.

A few years ago, Facebook set up a Marketplace to facilitate the exchange of products between individuals. But with Facebook Shops, it's something else again!

This is the very first time that a market place is directly and exclusively linked to a social media platform. From the interface to promotions, through to customer service, with Facebook Shops, everything is different!

The main feature of Facebook Shops, which is likely to catch the eye of many e-merchants is its accessibility and the fact that it's free of charge.

Indeed, the creation of an online and customizable shop on Facebook Shops does not involve any expense or investment. And the process is quite simple!

For example, if you sell notebooks. All you need to do is create a professional Facebook account in the name of your business. Then you just have to create a collection, with product photos, prices, descriptions, names, and it's done! Then, you can publish it when ever you want.

You can even create all your collection catalogues in advance and publish them whenever you want.

The men's clothing brand Octobre is currently promoting its summer collection using a shop to sell on Facebook.Launching a store on Facebook Shops is completely free, unless customers choose the check-out option (quick payment), in which case a small commission will be charged by Facebook.

These innovations are of particular benefit to entrepreneurs who are just starting out in the e-commerce market.With a Facebook Shop, you don't need to invest in the creation of an e-commerce site, which can sometimes be complicated to manage, saving you time and money!

Spontaneity to take care of your new customers

Since the buyer is not necessarily referred to the company's e-commerce site, the question of the quality of customer service may occur. But in reality, customer service in a Facebook Shop is almost as simple as in a classic shop!

For example, if your customers need advice or clarification on a product, they can contact you spontaneously via WhatsApp, Messenger, and even Instagram Direct.

Then, you or your sales people respond to the buyer as quickly as possible. This mode has all the advantages of an online sale combined with those of a physical shop!

The increasing role of influencers in marketing a product

Immediate customer service isn't the only good thing about a Facebook shop. Indeed, being exclusively online and linked to social networks, the promotion of your products can be easily facilitated.

In a world where the role played by influencers is becoming more and more important, creating an online shop on social media is about combining the useful with the pleasant. With the creation of Facebook Shops, you have the opportunity to make direct partnerships with influencers.

In other words, they can tag your products directly on photos, videos, or lives. Thus, their community of followers only has to click on the tag to be redirected to your shop where they can buy the promoted product that caught their eye.

In addition to the visual presentation and immediate promotion of your products, you benefit from an optimized ease of access since there is a direct link between a Facebook photo or a Facebook video and your shop.

When it comes to improving conversion rate, Facebook has got it right! What's more, the social networking giant doesn't intend to stop there, as many plans for the future are on the way.

3. A preview of a new optimized version

A recently released innovation, Facebook Shops is still in the development phase and it is being tested in the United States, the birthplace of its founder.

But many projects are in progress:from the improvement of the platform itself to an Instagram shop via a new crypto currency, the Facebook group is looking further!

Although some of the functionalities of Facebook e-commerce sites are still under development, this does not prevent the teams from anticipating future improvements.

Indeed, Mark Zuckerberg is already considering the possibility for buyers to proceed with payment directly from a Messenger or Instagram chat conversation. In this way, purchasing will be almost entirely automated in order to facilitate decision-making.

In addition, Facebook is in the process of developing the integration of corporate loyalty programs. This will attract online shoppers and make them want to come back!

Besides extending the functionality of Shops, the Facebook group wants to apply this principle to Instagram as well. A social network that has been growing for many years, it is the most popular social network for the majority of the population. So why stop at Facebook?

Starting this summer, the Facebook group plans to launch Instagram Shops in the United States, and it will be based on the same concept as the first social network.

Since both networks belong to the same group, the idea is that you can publish your new collection on Instagram and on Facebook at the same time, with just one click. Of course, you can also choose to publish your collections on only one social network!

The principle of Instagram Shops is exactly the same and it would work with the same features. Having said that, creating two new marketplaces on social networks doesn't stop there. Facebook also had to think about overcoming financial obstacles to expand internationally.

The new unified cryptocurrency and means of payment

With the participation of 28 major companies and NGOs, the Facebook group has initiated the creation of a new crypto currency in June 2019, named Libra. If the idea is not met with opposition from financial regulators, Libra should be up and running by the end of 2020.

The creation of a new virtual currency will facilitate large-scale trade. The principle would be to buy virtual tokens with real money, and to exchange these tokens as products. That way, there will be no additional costs for international transactions.

To go even further, Facebook has embarked on the creation of a new virtual wallet, under the name Novi. It is designed to work in connection with the Libra currency, and would allow you to make a transfer as easily as sending a message. Facebook says that there are no hidden fees, and that the risks of fraud are limited by identity verification.

Like PayPal, Lydia or Pumpkin, Novi is a wallet linked to the bank account of the cyber-buyer. The only difference being that Novi works with Libra - therefore, there is no currency conversion to be made for international payments.

These innovative developments, from anew cryptocurrency to the virtual wallet, are breaking down the financial barriers for international trade. Clearly, the goal of the Facebook group is to expand Facebook Shops on a large scale and to achieve international export, without limits and without borders.

4. Facebook Shops - the art of creating an e-commerce in just a few clicks

With the hardships caused byCovid-19, various brands have experienced a digital boom in the past 8 weeks that normally would have taken 5 years in the absence of the crisis. Taking advantage of this momentum and the flood of internet orders, the Facebook group has changed the rules of e-commerce.

In order to help smaller e-merchants who have just started up their business to recover from the economic downturn, Facebook has created a commercial feature directly on the social network. With no currency or transaction cost barriers, companies will be able to manage their business and sell directly from their Facebook page.

The desire of the social network world leader is to unify the market and proceed with trouble-free internationalization. By working hand in hand with Shopify and other e-commerce leaders, Facebook is pointing out that the delivery and logistics of this international trade is dependent on e-merchants.

Once you've connected with an international audience through a Facebook shop, working with a specialist logistician can allow you to fully develop your business on the international stage. Surrounding yourself with professionals is a long-term investment!

Get the latest e-commerce news in your mailbox

Thank you! Your submission has been received!
Oops! Something went wrong while submitting the form. 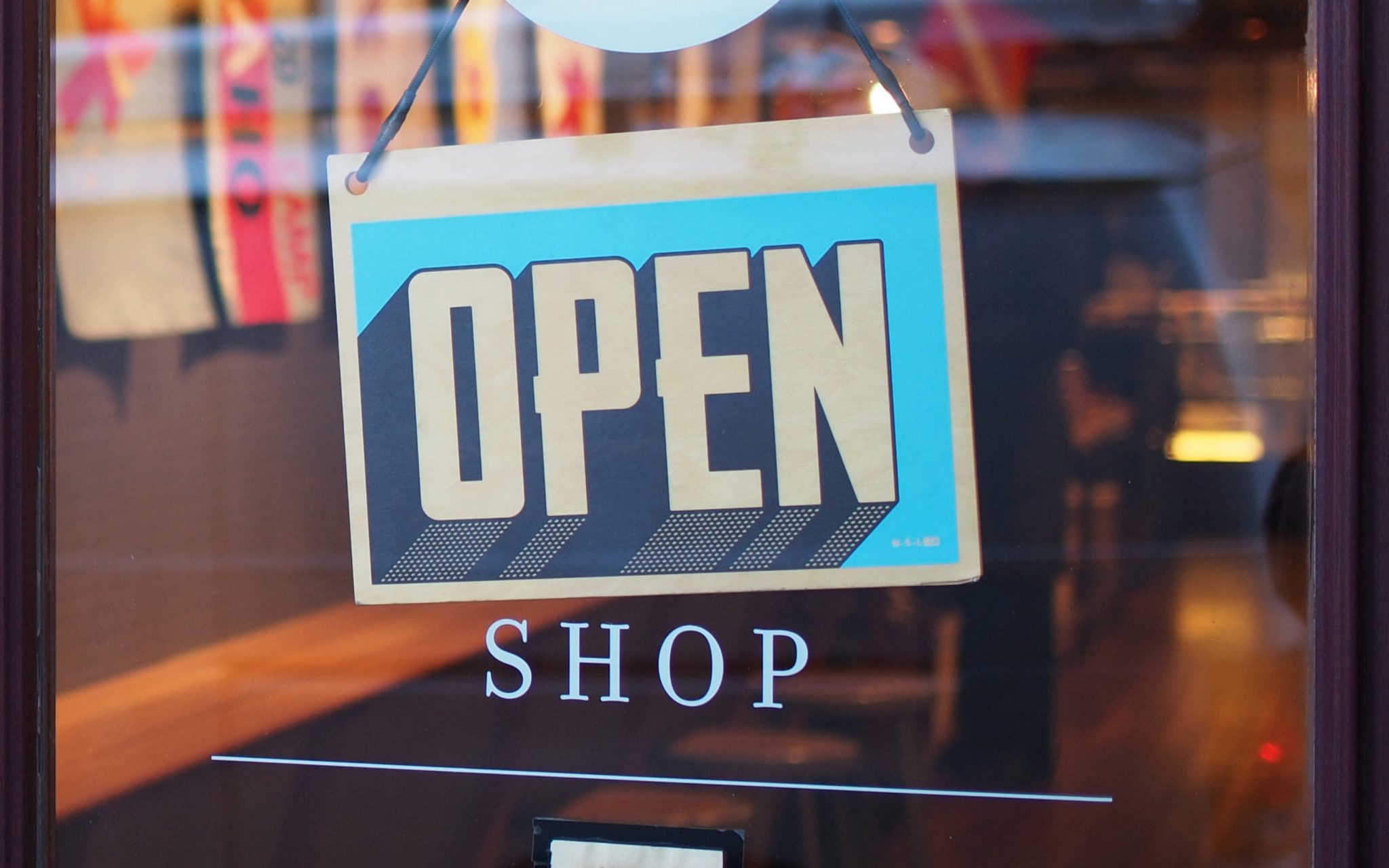 10 Keys to Successfully Launch Your E‑commerce in the UK

Get ready for Black Friday 2022

Download the free guide to bringing the best experience to your customers during Black Friday. 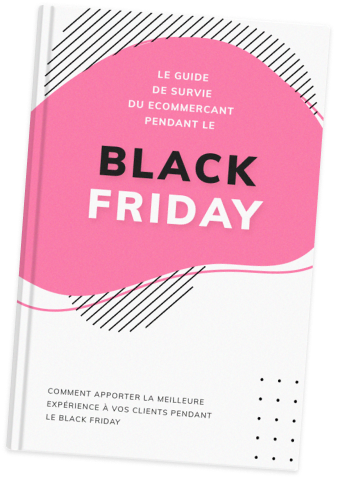 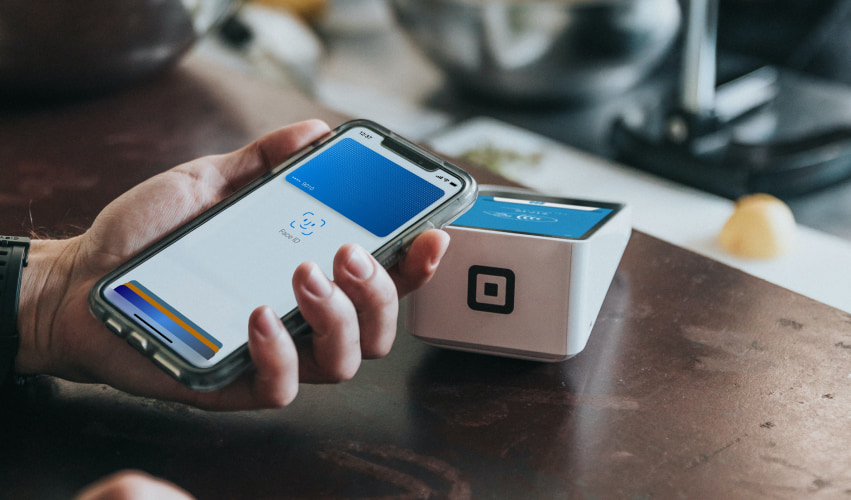 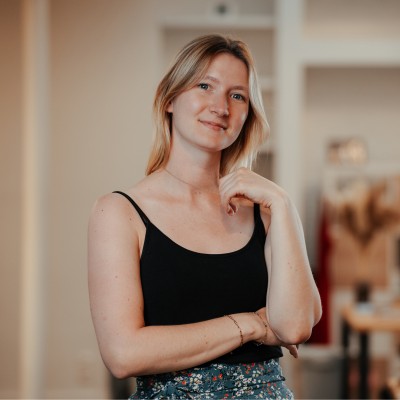 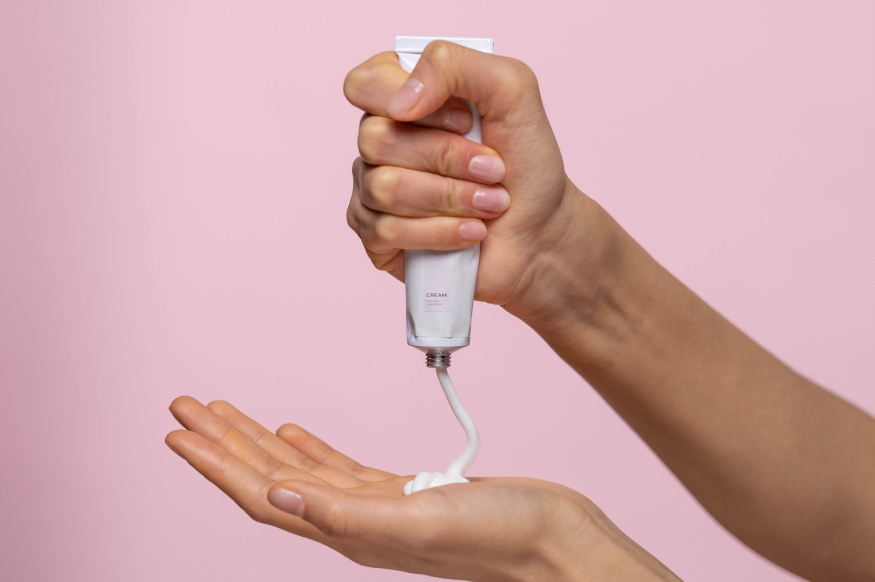